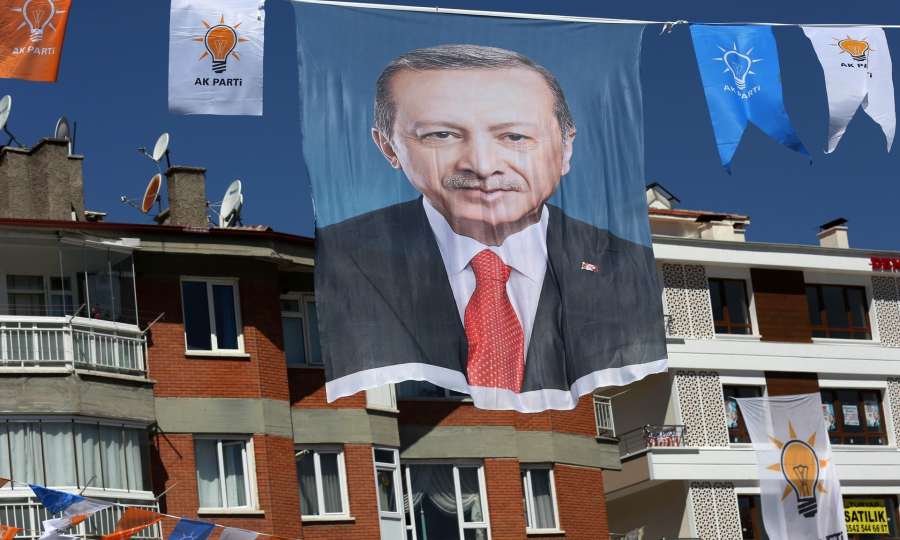 What is happening in Turkey?

The country will hold presidential and parliamentary elections on 24 June. If no candidate wins an outright majority in the first round of the presidential elections, a second round will be held on 8 July between the top two candidates in the race.

Why are the elections being held now?

The elections were supposed to be in November 2019. President Recep Tayyip Erdoğan, however, called for early elections back in April. He said that Turkey needed to “overcome uncertainty” at a troubled time in the region, amid its ongoing military operations in Syria and Iraq.

Critics, however, say the race was brought forward because Turkey’s currency and economy are suffering and the president wanted to preempt the downward trend. He may also be hoping to capitalise on nationalist sentiment after military victory in Syria, where rebels backed by Turkey defeated Kurdish militias near the border in a region called Afrin.

Why are these elections important?

This is arguably the most important election in Turkey’s modern history. The new president will assume an office imbued with sweeping executive powers that voters narrowly approved in a constitutional referendum last year. These include the power to issue decrees with the force of law, appoint the cabinet and vice-presidents as well as senior judges. If he wins, Erdoğan will continue to shape Turkey and its society for years to come.

Who is running for president?

Erdoğan, of course. He remains the most popular political leader in Turkey. But he faces several important opponents who have done unexpectedly well so far in the campaign, and, as a result, a second-round contest is now the most likely outcome.

There is Muharrem İnce, a charismatic physics teacher who is the candidate of the main opposition group, the Republican People’s party (CHP), and Meral Akşener, nicknamed the ‘she-wolf’. She is the leader of the new nationalist Iyi (Good) party and is popular with both youth and working-class Turks.

Temel Karamollaoğlu, the leader of the Islamist Felicity party, is also running, and has emerged as a key critic of Erdoğan even though their parties share ideological roots. Selahattin Demirtaş, a charismatic politician once dubbed the ‘Kurdish Obama’ and who leads the leftist and Kurdish issue-oriented People’s Democratic party (HDP), is running for the presidency from his prison cell in the city of Edirne. He awaits trial on terrorism charges.

There are two main coalitions running for parliament.

The first includes the ruling Justice and Development party (AKP) of Erdoğan, which are in a coalition with the nationalists.

On the opposite side is an alliance that includes the secularists of the CHP, the breakaway nationalists of the Iyi party, and the Islamists of the Felicity party. They make strange bedfellows in a political system where secularists and Islamists have traditionally been bitter enemies, but such is the importance of these elections that former rivals have banded together to oust the president and his entourage. The HDP is running by itself.

The Turkish constitution requires that parties obtain at least 10% of the national vote to enter parliament, a law that favours larger parties. A new bill recently allowed the formation of election alliances like those described above, which will allow smaller parties like Felicity to win some seats in the legislature if their alliance as a whole crosses the 10% threshold.

If the opposition alliance performs as expected, and the HDP gets over 10% of the popular vote, the ruling AKP could lose its majority in parliament.

So who will win?

Erdoğan was hoping to catch his opponents by surprise when he called for a vote, but attendance at ruling party rallies has been lacklustre, and the Turkish leader does not appear to be at the top of his game. The economy has also caused headaches, with the Turkish lira falling in value against the dollar, concerns mounting over the long-term health of the economy, and fears over the Central Bank’s independence.

Still, Erdoğan is the most popular Turkish politician, and is likely to win the presidential race. Polls are notoriously unreliable in Turkey, but for now it looks like he will easily win the first round, but without an outright majority. A second-round race against Ince or Aksener still favours the president, but is increasingly looking too close to call. It will depend on whether the opposition can draw away conservative and nationalist voters, as well as Kurdish voters angry about Erdogan’s alliance with the nationalists.

Also, there is a very real possibility that Erdoğan will win the presidency but lose parliament to the opposition, which has promised to roll back the constitutional amendments passed last year.

But, under those same amendments, the president can dissolve parliament, and the legislature can call new presidential elections in response. According to some ruling party officials, that’s exactly what Erdoğan might do, which would give his party a chance at a do-over, but plunge Turkey into uncertainty.